Contribution of Gyula Thürmer, the President of the Hungarian Workers’Party 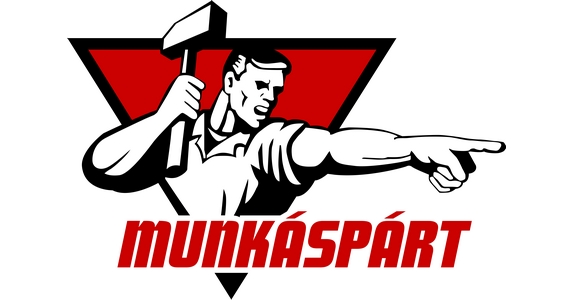 Revolutionary greetings to all the participants of our summit! Sincere thanks to the Communist Party of the Russian Federation for organising the 19th meeting!

November the 7th is a holiday for us, Hungarian communists too. The celebration of the triumphant revolution. But also a message to today's communists. It tells us not to give up! If we could win a hundred years ago, we can win today too.

We Hungarian communists are proud that the Hungarian workers' movement also contributed to the realisation of the ideas of the Great October. Our predecessors did what many others couldn't do. They put the power in the hands of the working people. In 1919 they established the Hungarian Soviet Republic, in 1949 the Hungarian People's Republic. Well or not, but we were building socialism.

We have learnt a lot. For example, we have socialism if the power belongs to the workers, if the factories, the banks and the land are in the hands of the society. We are convinced that these are basic  rules, regardless of place and time. But from historical experience we know that each country should use these rules in their own realities.

But we have also learnt that the capital will never forgive that we took away a country from it. The danger of counter-revolution is always present. You can't take a break from the class struggle.

There are many reaons behind this situation. The capital used effective weapons against us. It bought opportunist parties, put them into power, to prevent us from getting there.

The capital unleashed previously unknown, destructive sicknesses on the world. Such as terrorism, to make us fear and forget about fighting against the capital. They unleashed migration, to make the movement busy with that, instead of the class struggle.

But let's speak about ourselves too! Our movement lacks unity in determining the basic tasks.

We think it's not enough to fight for reforms in capitalism and postpone socialist revolution for an indefinite time.

We don't believe that it's enough to have bigger representation in the parliament to change the world.

We don't find it a good solution either to cooperate with NGOs, greens, blues, pinks, all kinds of intellectual socialists.

If we want to win we must forget illusions. We must fight the opportunists, the defeatists.

We must strengthen our faith in the ideas of the Great October. Capitalism must be defeated, power should be given to the workers, to the people. The factories, banks, lands must be the property of the society. Instead of the capital's European Union, we must create the European alliance of peoples.

Our policies shouldn't be made to fit the feelings of the petty bourgeoisie and the middle class intellectuals, but to fit the interests of the workers, the toiling masses. If we don't do that, we won't be any better than the mensheviks of Lenin's time, the SRs, all kinds of pseudo-revolutionaries.

In Hungary we are building a Marxist-Leninist party. We know there's no revolutionary situation in Hungary yet. But the world can change quickly. We are preparing for that. In the last few years we strengthened our party's political unity. We consolidated our financial situation. People appreciate, that we stand on their side. This is not enough for the victory, but this is a necessary prerequisite of the victory.

The capitalist crisis is not over yet. The workers, the toiling masses are starting to wake up. They want to have their say in Europe's and the world's future. They are starting to realise that today's capitalism is ready for anything to keep its power. It's ready to destroy nations, destroy human environment. It's ready to unleash the destruction of war on us.

Our movement is facing changes. We sincerely hope that the participation of the Chinese Communist Party and other big parties in the active work will bring us forward.

Now the time is coming when  - instead of just words - the world's communist parties should create a joint strategy and tactic to defeat the capital. Not to cooperate with the capital, but to defeat it.

This is why we are here and as future members of the Working Group we want to contribute to this with all our efforts.Long live the memory of the Great October! Forward to the new revolutions!